SLFS Staff: A Closer Look at Diversity Tropes in The Horror Genre 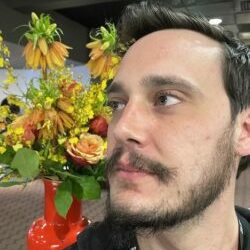 As Allhallows Eve fast approaches, SLFS and it’s staff are proud to embrace the festivities of spooky season, through horror classics we screen every weekend for Tower of Terror, and of course our upcoming Rocky Horror Picture Show. In our blog this week, we hear from Patrick Charles, Theater Manager at Broadway Centre Cinemas and mastermind behind numerous giveaways and decorations for Summer Showdown and Tower of Terror, as he takes a closer look at the diversity tropes associated with horror films.

As the world has slowly become more conscientious of antidiscrimination and diverse representation in the 21st century, the diversity of characters in film has become a welcome priority. However, in the horror genre, because of its intense and often socially taboo content, there are some discriminatory tropes and stereotypes of minority characters that continue to be unfairly associated with the genre.

Two of the most common of these tropes include the role of BIPOC characters, and the role of women, and their treatment and depiction in horror films. For BIPOC characters, the trope is that their presence in a horror film is usually tokenistic, and they will likely be an early victim of the killer, if not the first victim. In the case of female characters, the assumption is that horror films are misogynistic, because women are often represented through sexual and violent objectification of their bodies. However, we rarely take the time to consider how common or accurate these tropes and assumptions really are.

In the genre of horror, the role and depiction of BIPOC and women characters has been more favorable than one is led to believe. This brief blog post will take a look at some of the misconceptions regarding these tropes, the reality of their representation in the current and past worlds of horror, and how many horror films have been ahead of the times in regards to representation and respect of diversity.

Variations of this saying have permeated popular culture surrounding horror films for years. The black character dies first, we hear it time and time again, more recently echoed in horror spoofs such as Scary Movie (2000) and its subsequent sequels. This trope that has permeated both the horror world and transferred over to popular culture has become a long running joke; if a person of color is in any type of horror film, they will likely be killed off first. The perception is that horror films use these characters to further their diversity quotas and body counts.

Now while this trope has existed in some horror movies, the reality is that in many of the genre’s most well-known and acclaimed films, BIPOC characters have not only survived, but thrived. We see important BIPOC characters in numerous George Romero movies, whose films and presence are iconic for the genre. Dawn of the Dead (1978), arguably the most popular of Romero’s original “Dead Trilogy”, brought the world Ken Foree playing the character of Peter.

Foree gives an amazing performance and plays a character who triumphs in the world of horror. Peter makes smart choices, is level headed when others are not, and is one of the few characters who survives the whole film (a rarity for any horror film character). Duane Jones, who portrays Ben in Romero’s Night of the Living Dead (1968) is another smart and capable character who survives almost until the very end, and Tony Todd, who played Ben in Tom Savini’s 1990 remake, furthered the depth of the iconic character even more.

John Carpenter is another director who has cast BIPOC characters in his iconic films, characters who last much longer than the common tropes would have us believe. Keith David stars in Carpenter’s The Thing (1982), playing the character of Childs, and while David is not the main star, Childs is a nuanced and well-developed character, untrusting of every other character, yet ambiguously surviving to the very end.

BIPOC characters are obviously not stand-out characters in every horror film, but importantly, the trope of their early death is a bit of a misconception. In fact, one can argue that the most iconic films and directors in the cinematic world of horror have been at the forefront of BIPOC representation. Their casting and storylines for BIPOC characters, especially in a mid-to-late 20th century which had yet to prioritize respectful representation, were impressively ahead of the curve.

Objectification of Women Through Sex and Violence

Another consistent character trope that horror film is often associated with is the sexual and violent objectification of women. Unfortunately, aspects of this stereotype are still prevalent in the genre, whether it’s the ridiculous, skimpy outfits or nude scenes that frequent most of the Friday the 13th films, or the excessively gory and brutal killing of female characters in the Texas Chainsaw Massacre series.

However, there is another trope, one that is arguably even more prevalent in the genre, that challenges this objectification. “Final Girls” are typically the sole female character that survives the entire movie before eventually besting or killing the main antagonist, and horror films from the ‘80’s are filled with them, including some genre juggernauts like Halloween, Nightmare on Elm Street, Hellraiser, Friday the 13th, and so on. The “Final Girl” has been a staple of horror films for decades, and through the emphasis of female empowerment and the conquering of often-male killers, offers an important contrast against the misogynistic label often placed on horror films.

Jamie Lee Curtis, as the character of Laurie Strode in Carpenter’s Halloween (1978), is the original “Final Girl”. Laurie is a shy and reserved babysitter who ultimately puts up a valiant fight against Michael Myers, protecting the children she is watching, and Curtis went on to reprise the character several more times, most recently as 2018. While Hooper’s The Texas Chainsaw Massacre (1974) and Clark’s Black Christmas (1974) were popular preludes to the slasher era, Halloween is considered by many to be the first true slasher film, ushering in a golden era of slasher movies and “Final Girls” in the 1980’s.

A Nightmare on Elm Street (1984) is another example of an iconic film with an iconic “Final Girl”. Heather Langenkamp plays the role of Nancy Thompson, who faces off against the nightmare-stalking maniac Freddy Kruger. Nancy does her research, makes a plan, and takes Freddy down, and although her survival is left rather ambiguous, she does return in Nightmare on Elm Street Part 3 (1987). While Nightmare came a little later in the ‘80’s than the vast majority of iconic slashers, it still embraced the power of the female protagonist that Halloween had laid the groundwork for.

From Sigourney Weaver in Ridley Scott’s Alien to Mia Goth in Ti West’s X, “Finals Girls” have been an inherent presence in any film over the last five decades that incorporates horror elements. While there are unfortunately plenty of examples of misogynistic attitudes toward women in some horror movies, “Final Girls” have continuously offered an important juxtaposition to those examples.

The “Final Girl” is a role that fights against forms of evil or otherworldly threats, a role that is seen as a protector, as well as a betterment to the world of horror movies. Ultimately, it is a role which has established an important trope that counteracts and may eventually prevail against the more misogynistic trends of the genre.

SLFS is spooky on Letterboxd! Find curated lists of horror films from SLFS Staff, including the films mentioned in this post, here.

Follow us on Letterboxd for more updates and recommendations. 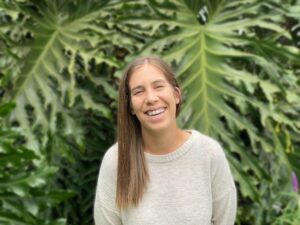 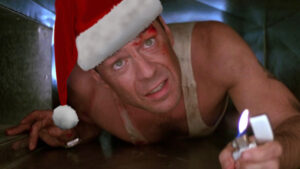